Despite the UK’s extensive history of transport innovation, the country still has a long way to go before the majority of its travellers express satisfaction with their experiences on road and rail.

This is according to Britain’s biggest-ever traveller experience study, Traveller Needs, which was carried out by the Transport Systems Catapult – a government-funded innovation centre – and published on October 14th.

The ground-breaking research gathered insights from over 10,000 online questionnaire respondents, as well as 50 company interviews and conversations with 100 transport industry experts.

It found that three in four journeys made in the UK (75 per cent) are characterised by negative experiences, or “pain-points”, and that 57 per cent of the country’s travellers stray from the beaten track in their pursuit of ways to get from A to B more quickly and painlessly. 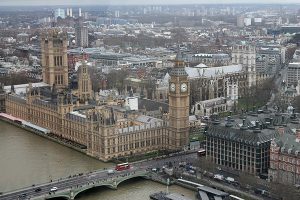 Asked to specify what irked them most, some 12 per cent of motorists pointed to the ‘start-and-stop’ nature of inner-city driving as their number one pain-point. The same number said their journeys are made needlessly stressful by the trials and tribulations of parking. As for public transport, almost one in five respondents (17 per cent) claimed that catching buses, trains and trams is too expensive to be called a positive experience.

Based on their findings, the researchers believe that 31 per cent of UK journeys “would not have been made if alternative means were available that didn’t necessitate physical travel” – hardly a commendation worthy of a world-leading transport system.

According to the Catapult, the solution to this problem of widespread dissatisfaction is “intelligent mobility” – an umbrella term for technology-led improvements to the traveller experience. Examples include the introduction of cross-modal “passports” for public transport, road traffic flow optimisation, and even autonomous vehicles and self-driving vehicle swarms.

“This global market will be worth around £900 billion annually by 2025. If we focus on increasing capability … we can have the opportunity to create a world leading intelligent mobility industry, bringing jobs and economic growth to the UK.”