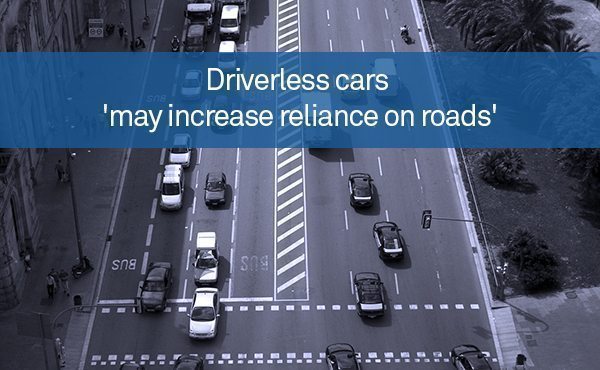 The development of driverless cars in the coming years may increase the need for smarter road and traffic management solutions, as it could lead to more vehicles on the highways.

This is the finding of new research by the University of Leeds, published in the Transportation Research Part A journal. It stated that while an era of self-driving cars would bring a wide range of benefits, such as improved traffic flow and better fuel economy, these positives might be balanced out by the impact of higher traffic levels.

Dr Zia Wadud, associate professor at the University of Leeds’ Faculty of Engineering, who led the research, stated, for example, that business travellers who currently prefer to use the train so they can get work done on the move could be tempted back to the roads by driverless cars.

“There is no doubt that vehicle automation offers several efficiency benefits, but if you can work, relax and even hold a meeting in your car that changes how you use it,” he said.

People who currently find it difficult to drive, such as the elderly and those with disabilities, will also have increased access to the roads as a result of driverless cars, the research stated. This will lead to an estimated increase in energy for personal road use of between two and ten per cent.

Co-author of the study Don MacKenzie, assistant professor of Civil and Environmental Engineering at the University of Washington said that there will be both positives and negatives to a future of self-driving cars, and it will be important to take a “clear-eyed view” when designed policies for the technology.

“Vehicle automation presents a paradox: it may encourage people to travel much more, but at the same time it makes it practical to implement tools such as road pricing that can offset those effects,” he said.