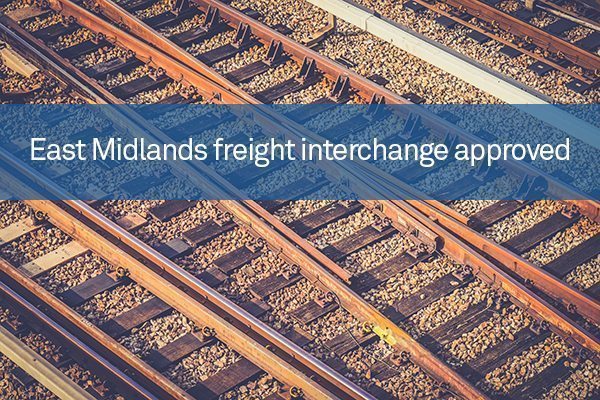 The Strategic Rail Freight Interchange (SRFI) will be developed across 250 acres close to Castle Donington, meaning it will be large enough to operate as a significant infrastructure project. Space will be used for 6m sq ft of new distribution and storage buildings.

It is defined as a large multi-purpose rail freight interchange and distribution centre connected to both the rail and trunk road system, alongside rail-connected warehousing and container handling facilities. These may also include manufacturing and processing activities.

The government has said there is a “compelling need” that will include an intermodial freight terminal that accommodates up to 16 trains daily.

Developer Roxhill explained: “In simple terms, it would operate as an inland port. It would therefore directly support a wide range of economic sectors within the UK, and form part of increasingly significant flows of international cargo movements.”

It is believed the proposal will lead to roughly 7,000 jobs being created once the development is operational, which will include training opportunities and integrated public transport facilities.

The consent was issued by Goodwill instead of the transport secretary because of his potential interest in the project due to his Derbyshire constituency.

The plans initially faced opposition from a local action group who pushed for the proposals to be scrapped amid worries about the planned destruction of more than 600 acres of wildlife habitats.

Ms Harrington explained to the news provider that the parish council and residents worked hard to prove the development was unnecessary.