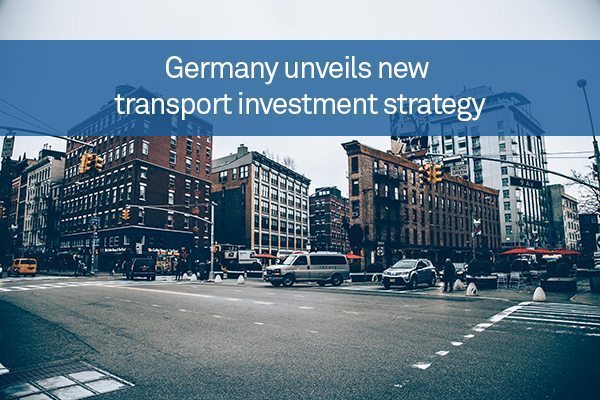 The German government has published its new transport investment strategy, revealing plans to spend a total of €264.5 billion on infrastructure improvements between now and 2030.

This is an increase of €91 billion on the country’s previous strategy, World Highways reports, and represents a concerted effort to cut congestion on major routes.

More than two-thirds (70 per cent) of the investment will be used for renovation and improvement projects as opposed to the development of new infrastructure, compared to just 56 per cent in the previous strategy.

Just under half (49 per cent) will go towards road projects, with 41 per cent reserved for rail improvements and nine per cent earmarked for water-based transport infrastructure.

One of the biggest schemes set to get underway as part of the new strategy is the widening of the A7 and A1 autobahn routes near Hamburg, each of which will be expanded to eight lanes at a cost of €2.5 billion.

Similarly, as part of an €11 billion investment in the Bavaria region, the A8 autobahn route will be upgraded at a cost of approximately €1.3 billion.

In the Hesse region, meanwhile, a total of €4.4 billion has been earmarked for projects to improve transport links between Frankfurt and Mannheim. In Saxony, €1.07 billion will be spent on Autobahn routes, federal roads and rail in the state, encompassing both new build and extension projects.