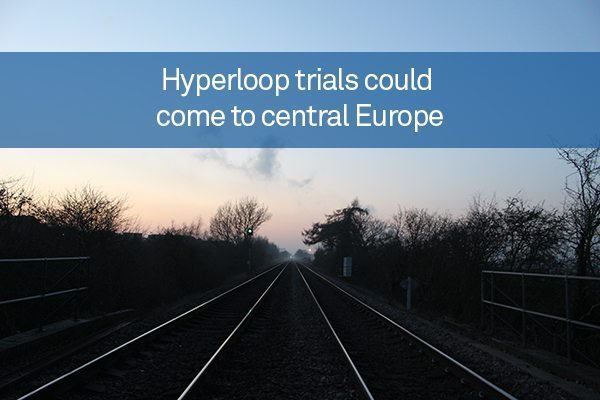 Efforts to develop Hyperloop technology into a viable mode of transport are set to take place in central Europe after one of the main companies investing in the innovation signed an agreement with the Slovakian government.

US-based Hyperloop Transportation Technologies (HTT) confirmed the move to explore the potential for the technology in Europe, which could give the region the most advanced transport network in the world.

The technology, which was initially proposed by Tesla and SpaceX founder Elon Musk, envisages pressurised capsules riding on a cushion of air inside a contained tube, thereby eliminating friction and allowing travellers to reach very high speeds.

If the proposals ever come to fruition, the capsules could make the journey between Bratislava and Vienna in around eight minutes, whereas current trains take around an hour to make the trip.

However, there’s still a long way to go in order to prove the technology is both practical and commercially viable. According to Wired, HTT chief executive Dirk Ahlborn estimates it would cost $200-$300 million to build a hyperloop system in Slovakia by 2020.

One reason for choosing Slovakia as the testing ground for the technology may be to avoid the numerous issues that have held back development in California, where initial plans set forth by Mr Musk called for a route between Los Angeles and San Francisco.

As well as political hurdles to overcome, the cost of acquiring land is more expensive in the US, while the expense of earthquake-proofing the system is another limiting factor.

“Slovakia is a technological leader in the automotive, material science, and energy industries, many of the areas that are integral to the Hyperloop system,” said Mr Ahlborn. “Having a European Hyperloop presence will incentivise collaboration and innovation within Slovakia and throughout Europe.”

Vazil Hudak, Slovakia’s minister of economy, added: “The expansion of Hyperloop will lead to an increased demand for the creation of new innovation hubs, in Slovakia and all over Europe.”