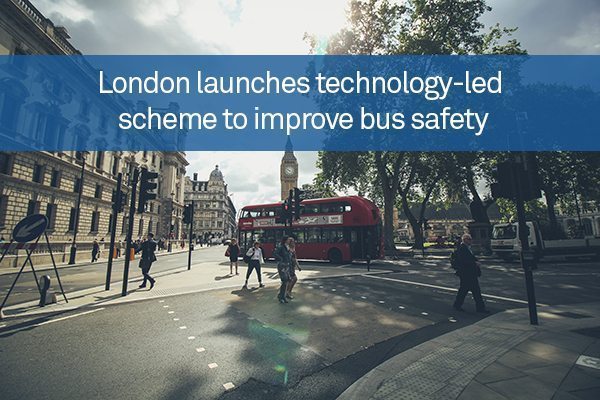 The London bus is an instantly recognisable icon of the English capital. It’s also internationally significant for another reason: with just 2.5 injuries per million passengers, the fleet has a world-leading safety record.

And the city isn’t planning on stopping there. This week (February 1st), transport authorities announced a brand new six-point programme to drive the figure down even further, cutting collisions and cementing the bus fleet’s position as one of the safest in the world.

This will support the target set by Mayor of London Boris Johnson to halve the number of people killed or seriously injured on the capital’s roads by 2020. “I’m proud that we have one of the safest bus networks in the world, but I’m determined to see it get even better,” he said.

Leon Daniels, director of Surface Transport for Transport for London (TfL), added: “The Bus Safety Programme will examine a range of improvements, from vehicle design to bus driver training, from giving more information to the public to provision of support to those affected by serious bus incidents.”

A closer examination of the six points shows that technology will play an important part in the scheme.

For one, the Mayor and TfL are considering a range of safety innovations for deployment in new vehicles from September 2017 onwards. Collision avoidance, automatic emergency braking and intelligent speed adaption systems are just a few of the technologies under scrutiny, their joint press release states.

Moreover, the programme will encompass efforts to improve the availability and accessibility of safety data to the general public. TfL already publishes various bus safety statistics to its website; as part of the new scheme, it aims to provide a complete breakdown of collisions by road user group, as well as graphs to illustrate long-term trends.

The website will also link to the London Collision Map, which combines TfL and police data to highlight when and where collisions most commonly occur across the city.