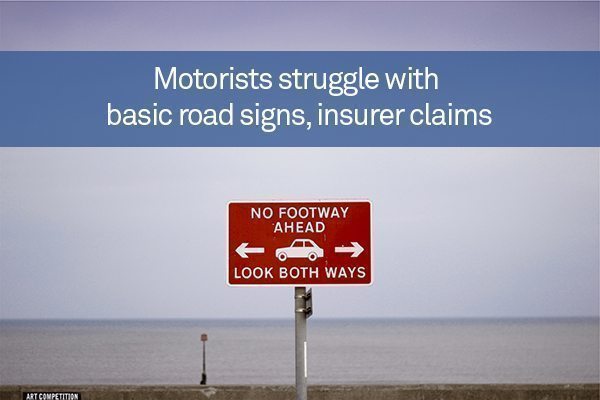 A large proportion of Britain’s motorists are left perplexed by some of the country’s most basic road signs and markings, a new study from insurer Aviva claims.

Published on February 5th, the research found that a third of drivers in the UK are unable to identify the “one way traffic” sign, while 55 per cent of motorists struggle to pick out “pedestrians in the road ahead” and “no buses” when presented with multiple choice answers.

Moreover, 38 per cent of drivers fail to understand “no stopping”, rising to 41 per cent for “no motor vehicles”.

Aviva also found that the majority of Britain’s motorists have trouble making sense of common road markings. Nine out of ten, for example, are unaware of the meaning of double yellow lines at the side of the road – used to indicate no waiting at any time.

Finally, the study showed that speed limits are also a common source of confusion in the UK, with one in three drivers unable to identify 60 miles per hour as the country’s national speed limit on single carriage A roads, and one in ten failing to recall the 70 miles per hour limit on motorways and dual carriageways.

“Most of us think of ourselves as safe drivers and we genuinely try to follow the rules of the road, but as our study shows, we might not always know what these rules are,” commented Adam Beckett, propositions director at Aviva.