New research hints at erratic indicating in the Gulf States 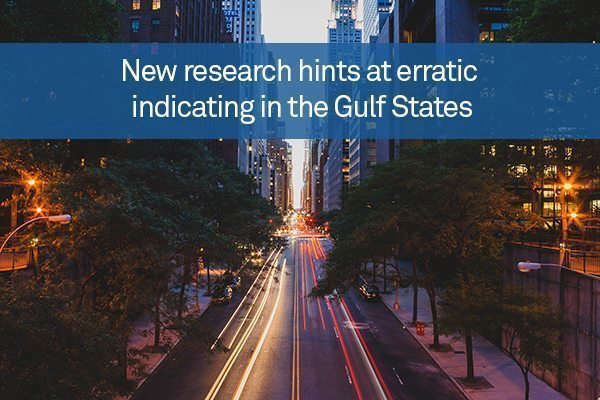 Many drivers in the Gulf States are putting their safety at risk by failing to use their cars’ indicators correctly – even if they say they do.

This is according to the results of a new study by YouGov, backed by Qatar Insurance Company (QIC) and Road Safety UAE, and published on Tuesday (April 12th).

The QIC Insured Road Safety Monitor polled over 1,000 motorists in Qatar, the UAE, Kuwait and Oman, asking them if they thought they used their indicators correctly, if they thought other drivers were as diligent, and if they thought responsible indicator use had an impact on safety for other road users and pedestrians.

In each country, a majority of respondents said they used their indicators “almost every time” they turned or changed lines. The figure was highest in Qatar, where 78 per cent of motorists answered in the affirmative, and lowest in Oman, where 63 per cent of drivers described themselves as responsible indicator users.

However, when asked if they thought other road users did the same, the respondents were much less likely to say yes. In the UAE, for example, just 15 per cent of motorists said they regularly saw other drivers use their indicators correctly, while the figure was just nine per cent in Kuwait.

In each country, roughly nine out of ten respondents were of the opinion that using indicators increases road safety, demonstrating a clear consensus that signalling is an important part of conscientious driving.

“There seems to be a disconnect between how people say they use the indicator when changing lanes and how their fellow motorists sees others using the indicator,” commented Salem Al-Mannai, deputy group president and CEO for the MENA region at QIC Insured.

“What’s really ironic is that basically everybody agrees that using the indicator will reduce accidents but not many seem to actively use it,” he continued.