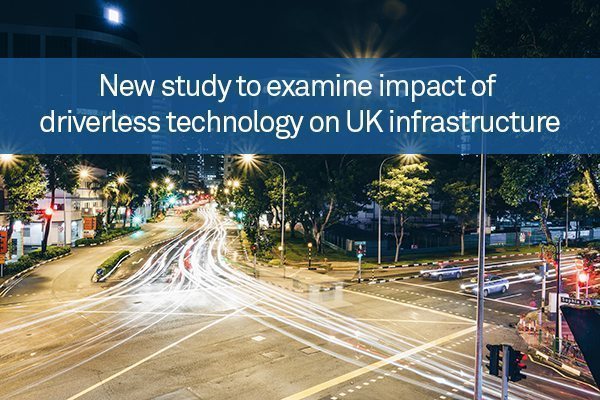 A new UK research project is being launched to gain a better insight into the potential impact that the proliferation of autonomous vehicle technology will have on the country’s transport infrastructure.

The People in Autonomous Vehicles in Urban Environments (PAVE) consortium, which is based at Culham Science Centre in Oxfordshire and counts infrastructure support service provider Amey among its members, will be in charge of the project, alongside government and industry partners.

A series of workshops and other events will be held to gather the views of councillors from local authorities around the country, as well as travel planners, emergency services, industry experts and policymakers. The aim will be to develop an understanding of the perceived benefits and challenges of this new form of transport from a range of key perspectives.

The consortium is backed by funding from the government innovation agency Innovate UK, and will be looking to gauge public perceptions towards driverless vehicles and investigate the root of continued apprehension about this technological evolution.

Final report data will be published by 2017, and the findings of the research project could inform future government policies and decisions related to driverless cars over the coming decades.

Dr Rick Robinson, Amey’s IT director of smart data and technology, said: “We are keen to learn what autonomous vehicles mean for transport infrastructure and how we can design the transport network of tomorrow.

“We see this project as an exciting opportunity to work as part of a consortium whose focus is not necessarily the technology itself but rather the stakeholder and infrastructure environment in which autonomous vehicles will operate.”

Driverless vehicle technology has the potential to offer significant economic and societal benefits, but concerns about safety continue to be held by many members of the public. This research will deliver insights into how these worries might be addressed.