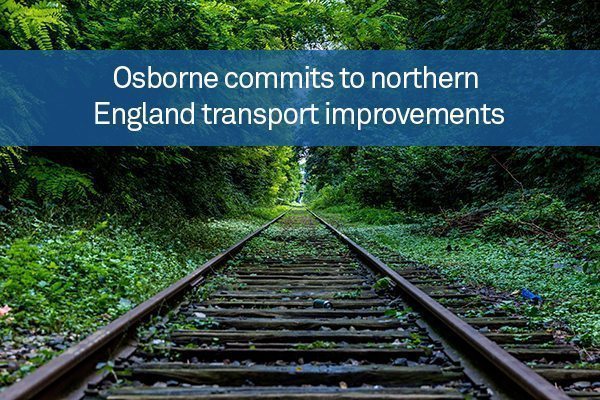 A series of investments worth around £300 million to fund improvements to transport links in northern England has been announced by UK chancellor George Osborne in his latest Budget.

In his annual address, delivered to Parliament yesterday (March 16th), Mr Osborne said the measures would be essential in supporting the so-called ‘Northern Powerhouse’ plans to improve economic opportunity in the region.

Among the key announcements were confirmation of the green light for the High Speed 3 (HS3) rail link between Manchester and Leeds, which is expected to cut journey times on the cross-Pennine route from around 50 minutes to 30 minutes. Some £60 million was earmarked for the development of this project.

It will not only be railways in the north that benefit from additional investment. Mr Osborne also revealed around £161 million will be committed to the redevelopment of the M62 motorway between Manchester and Leeds. This will see the capacity of the route increased through the widening of the carriageway from three lanes in each direction to four.

A further £75 million was also pumped into other road links in the north of England, including redevelopment of the A66 and A69.

The investment comes on the back of a series of reports into transport links in the region, including a review authored by Lord Adonis for the National Infrastructure Commission, which was published shortly before the budget.

It stressed that kick-starting HS3 will be essential to improving the region’s economy and called for initial plans to be prepared by the end of next year, with the first phase of construction to be completed by 2022.

“Leeds and Manchester are just 40 miles apart, but there is no quick and easy way to travel between the two,” Lord Adonis said. “A better connected north will be better for jobs, better for families and better for Britain. The work should begin as quickly as possible.”