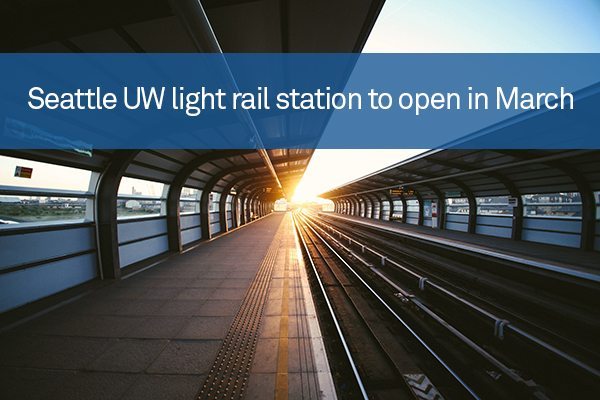 A new light rail station is expected to open in March 2016, connecting the University of Washington to numerous areas of Seattle.

Following years of planning and construction, the Sound Transit Husky Stadium light rail station is expected to open by the end of March and will enable faster travel between the University of Washington, Capitol Hill and Sea-Tac airport, according to the Daily UW.

The extension will cover 3.15 miles and is expected to provide transport services to 71,000 passengers by 2030. The $1.9 billion project was funded primarily from sales tax and other fees, though a large amount of the money was provided through federal grants.

It will take four minutes to travel between Husky Stadium and Capitol Hill, whereas travelling between the stadium to Sea-Tac will take less than an hour.

Speaking to the news provider, Josh Kavanagh, director of UW Transportation Services, said: “The success of creating good bicycle, pedestrian, and transit connections to light rail at Husky Stadium is going to be critical.

Mr Kavanagh explained that offering fast connections to downtown will lead to open up new opportunities.

Several more stations could be planned for Angle Lake, Northgate and Lynnwood, with the South 200th Street expected to open later in the year. Expectations are that Northgate Station will be finished in 2021 including a station close to the Neptune Theatre.

Early construction on the site began in February 2009 with the introduction of utilities and concession stands close to Husky Stadium, while station construction has been ongoing since 2011.