UK transport networks set to be monitored from space 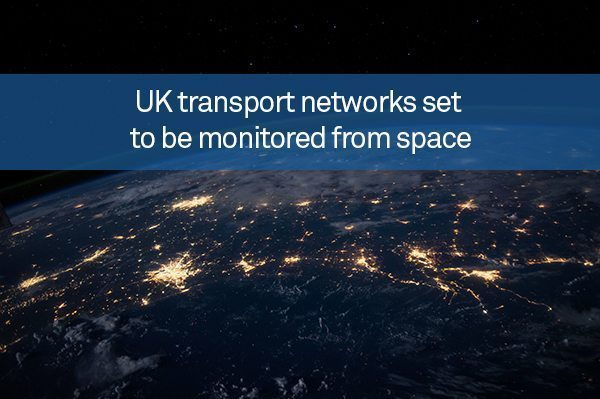 In some parts of Europe, geological hazards like landslides and subsidence are a real and ever-present threat to transport infrastructure. These incidents can cut off homes, businesses and whole communities, and even lead to injury and loss of life.

Now, though, help is at hand – and from none other than the European Space Agency (ESA).

In a press release dated February 29th, the ESA announced the launch of the Live Land demonstration project – a scheme to assess and monitor high-risk areas of infrastructure via a combination of navigation and Earth observation satellites.

It will focus on two prominent UK transport networks, Network Rail (Scotland) and Transport Scotland, with additional funding coming from the British Geological Survey, the Met Office and Nottingham Scientific.

At the centre of the scheme is the Sentinel-1A observation satellite, which is capable of producing radar images that detect surface motion changes “with millimetre precision”, the ESA comments. This intelligence will be complemented with data from satnav receivers and sensors installed in-situ, as well as weather forecasts.

“For example, an area of steep slopes and wet soil that is expecting heavy rainfall is at a higher risk of a landslide,” the press release notes. “Furnished with such knowledge, transport operators can assess the risks and improve their planning and response to incidents.”

Once Live Land has been demonstrated in Scotland and parts of England, the ESA plans to work with other transport networks in the UK and Europe to implement the scheme elsewhere.

Claire Roberts, Live Land project manager and remote sensing consultant at CGG NPA Satellite Mapping, said: “The developments targeted in the project are ambitious but necessary given the scale of the issues we want to address.”