Cambridge to be home of UK’s first ‘Dutch-style’ roundabout 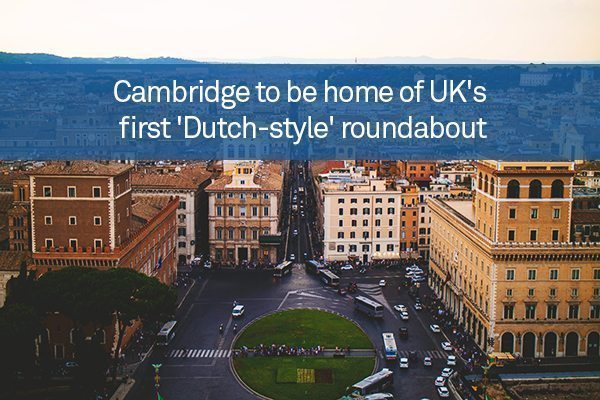 Cambridge’s Queen Edith’s Way is to become home to the first roundabout in the UK to use innovative designs pioneered by Dutch transport engineers to increase safety for pedestrians and cyclists.

The design is expected to cost £450,000 as part of a wider £1.4 million investment in upgrading Queen Edith’s Way, Cambridge News reports, and will be positioned at the intersection with Fendon Road.

Key features of the roundabout include a dedicated orbital priority lane for cyclists that will mean these road users do not have to navigate the same space as vehicular traffic. It will also include zebra crossings across all four adjoining approach roads.

Queen Edith’s Way has long been acknowledged as an accident black spot by the local authority, with 33 accidents recorded in the last five years – of which 25 involved a car or cyclist.

The concept of a Dutch-style roundabouts was put forward after initial plans for upgrading the intersection – which involved reducing the width of roads around the roundabout by five to six metres in order to accommodate cycle lanes – were criticised by local people, who claimed it would do nothing to improve safety.

“It gives priority to pedestrians and cyclists on the roundabout. Cars have to give way on each arm of the roundabout,” he added. “I hope it will make walking and cycling safer. There are schools in the area and the Addenbrooke’s Biomedical Campus is expanding. It’s important to us that lots of people walk and cycle to Addenbrooke’s.”

Council officials will be working on the design in partnership with experts from the Dutch Cycling Embassy. Development plans for the roundabout are expected to take up to a year to be finalised, with construction likely to take a further six months.