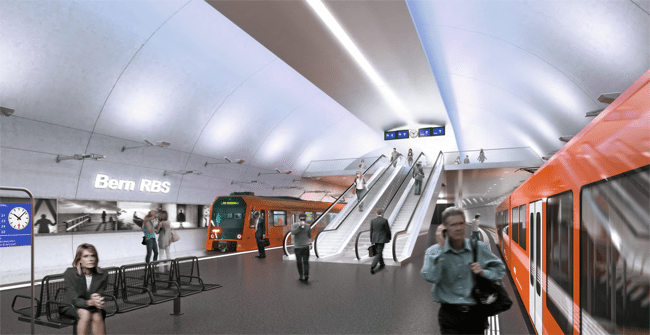 The Emch+Berger Group is one of Switzerland’s leading engineering practices. The long-established company was founded in 1953 and over the intervening decades has greatly diversified its range of business activities. Today Emch+Berger offers practically everything to meet the building industry’s needs, such as planning, implementation and consultancy services. With more than 500 employees at more than 20 sites and annual turnover in excess of CHF 86 million (EUR 71 million), the company, whose head office is in Bern, is one of the region’s biggest service providers.

This is reflected in the caliber of project which Emch+Berger is called upon to handle. These currently include highly prestigious and demanding projects, such as construction of RBS’s underground railroad station in Bern, which is scheduled to commence in 2017. There simply is not enough room in Switzerland’s second-biggest railroad station, where both the national east-west lines and an increasing number of international north-south routes converge. It is hoped that a new tunnel will help. 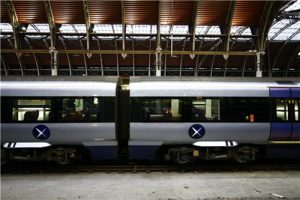 The construction site presents several challenges for Emch+Berger. Not only must the RBS railroad station remain fully operational during the construction works, the civil engineering challenges should not be underestimated either, due to the seven-meter thick lower deck. The total build cost will amount to more than half a billion francs.

“Anything to do with roads”
The railroad station is just one of the numerous projects for which Emch+Berger has to carry out lots of traffic planning. On the one hand the Swiss company offers its clients specific transport, space and housing planning, on the other, no construction site over a certain size can manage without temporary relief roads. Very early on the Swiss firm decided on Transoft Solutions’ software for managing its road planning tasks. “We have been using Autoturn for more than six years,” says Pronchai Maurer, civil engineering draftsman and CAD designer with Emch+Berger.

There are up to six employees on his team regularly using the swept path simulator. “In fact we use AutoTurn for anything to do with roads. I can’t list all the projects in which Autoturn was involved – we in fact use it every day,” says Maurer. His opinion of AutoTurn’s functionality is unmistakable. “AutoTurn is clear and easy to use – really very good.”

Maurer’s latest examples of use show AutoTurn’s diverse uses in Emch+Berger’s daily work. “We were just working on a big administrative building, for which we had to plan the access for trucks and other deliveries. With AutoTurn we then plan lots of parking spaces, as well as roundabouts, where we have to check bus and truck thoroughfares.”

When the new railroad station is finished, which it should be in 2025, Transoft will also have made a small contribution to rapid transport in the Swiss metropolis.